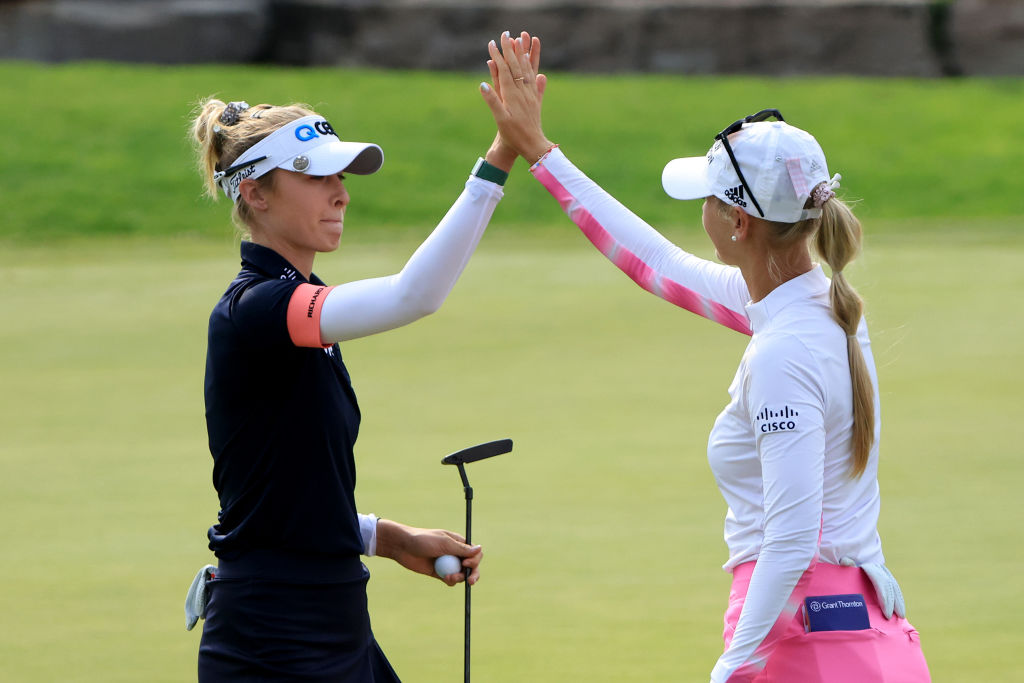 Ten of the Top-15 in the World are Committed to the Championship, Featuring Major Champions and Fan Favorites

Now in its Second Year, Pelican Women’s Championship to Welcome Fans for the First Time

BELLEAIR, Fla., Nov. 5, 2021 – The tournament field for the 2021 Pelican Women’s Championship presented by Konica Minolta and Raymond James will feature a strong international field boasting the top-ranked players in the world, major champions and fan favorites, all competing in the final full-field event for the 2021 LPGA Tour season.

Taking place Nov. 8-14 at Pelican Golf Club in Belleair, Fla., 108 of the game’s top women professional golfers will converge upon Tampa Bay to compete in the 72-hole championship for a share of the $1.75 million purse. GOLF Channel will televise all four days of coverage Thursday-Sunday, Nov. 11-14.

The field features 10 of the top-15 ranked players in the world according to the Nov. 1 Rolex Women’s World Golf Rankings, including Jin Young Ko (1), Nelly Korda (2), Sei Young Kim (4, defending champion), Yuka Saso (6), Lydia Ko (7), Nasa Hataoka (8), Brooke Henderson (10), Danielle Kang (11), Patty Tavatanakit (12) and Lexi Thompson (13). Nineteen of the 24 players who competed in the recent Solheim Cup in early September are entered in the field, including all 12 members of the victorious U.S. Solheim Cup Team.

“We are excited to welcome the LPGA Tour and the world’s best players to Tampa Bay and Pelican Golf Club for the Pelican Women’s Championship,” said Marci Doyle, executive director of the Pelican Women’s Championship. “We are equally as excited to welcome for the first time spectators to Pelican Golf Club and introducing Tampa Bay’s tremendous sports fanbase to the stars of the LPGA Tour.”

The Pelican Women’s Championship presented by Konica Minolta and Raymond James is the LPGA’s annual tournament in the Tampa Bay region and features the world’s best female golfers competing over four rounds for a share of the $1.75 million purse. The tournament is contested at the newly renovated Pelican Golf Club, a Donald Ross design that offers world-class amenities and an unmatched golf experience. The Pelican Women’s Championship presented by Raymond James and Konica Minolta is operated by Outlyr, a global sports, event management and lifestyle marketing agency that specializes in the development and execution of engaging events and experiences. In addition to managing 11 professional golf tournaments, Outlyr also operates a number of other sporting and lifestyle events and manages the sponsorship portfolio for several blue-chip clients. For more information on the Pelican Women’s Championship, visit www.PelicanLPGA.com.

The LPGA is the world’s leading professional golf organization for women, with a goal to change the face of golf by making the sport more accessible and inclusive.

Created in 1950 by 13 Founders, the Association celebrates a diverse and storied history. The LPGA Tour competes across the globe, reaching television audiences in more than 220 countries. The Symetra Tour, the LPGA’s official qualifying tour, consistently produces a pipeline of talent ready for the world stage. The LPGA also holds a joint-venture collaboration with the Ladies European Tour (LET), increasing playing opportunities for female golfers in Europe. Across the three Tours, the LPGA represents players in more than 60 countries.

Additionally, the LPGA Foundation has empowered and supported girls and women since 1991, most notably through LPGA*USGA Girls Golf, the only national program of its kind, which annually engages with nearly 100,000 girls. The LPGA Amateur Golf Association and LPGA Women’s Network provide virtual and in-person connections to female golfers around the world, while LPGA Professionals are educators, business leaders and game-changers dedicated to growing the game of golf for everyone.